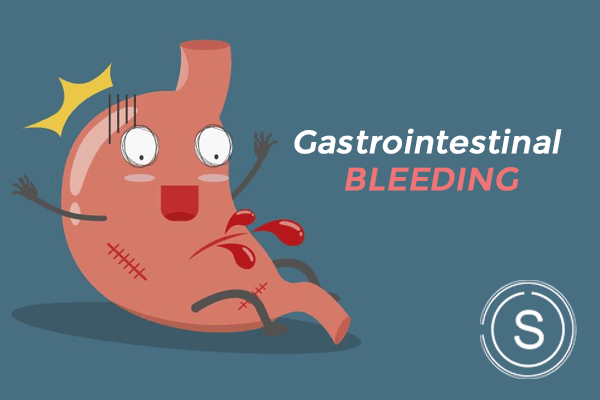 What is Gastrointestinal Bleeding?

Gastrointestinal Bleeding (GI bleed) is actually not a disease but a symptom of a disorder in your digestive tract. The bleeding can often happen anywhere in the gastrointestinal tract, from the mouth to the rectum. When there is a significant loss of blood over a short time, it may cause blood in your stool. In most of the cases, the amount of blood can be too small which is detected only by testing a stool.

The experts of digestive disorders say that the bleeding in the GI tract can range from mild to severe and sometimes it can be life-threatening. The sophisticated imaging technology is used to locate and detect the source because GI bleed treatment depends on the source of bleeding.

What are the symptoms of Gastrointestinal Bleeding?

As explained by the gastrointestinal experts, GI bleed symptomsdepend on the location of the bleeding and can be either obvious (overt) or hidden (occult).  Here are a few symptoms that you can look out for if suspect that you might have GI bleeding.

Symptoms of GI bleeding associated with blood loss include:

If your GI bleed starts suddenly and progresses rapidly or if you have acute bleeding, you may go into shock.

Symptoms of shock include:

People may experience occult bleeding which may be a symptom of inflammation or disease such as colon cancer.

Causes of Upper Gastrointestinal Bleeding include

Causes of Lower Gastrointestinal Bleeding include:

How GI bleeding is diagnosed?

Generally, GI bleeding is diagnosed through a digital rectal examination and by the following tests.

What is the treatment for GI Bleeding?

Often, Gastrointestinal bleeding stops on it own and doesn’t require any treatment. If the bleeding doesn’t stop then the treatment depends on the location of bleeding. If you have upper gastrointestinal bleed, you might need to take IV drug known as proton pump inhibitor(PPI) to suppress the gastric acid production. If one experiences acute bleeding, then the treatment usually includes hospitalization because blood pressure gets dropped and heart rate increases that need to be stabilized. In the case of heavy GI bleeding, IV fluids and blood transfusions are needed and possibly surgery is required.

How GI bleed can be prevented?

You can prevent gastrointestinal bleeding(GI bleed) by:

Are you experiencing GI bleeding and wondering for the right treatment? Then you are at the right place. Treat all your gastrointestinal problems at SMILES Bangalore under the supervision of Dr. Prasad, the best gastroenterologist in Bangalore with an impeccable experience of 30 years in managing all gastrointestinal cases.