Home Crohns What is Crohn’s disease? 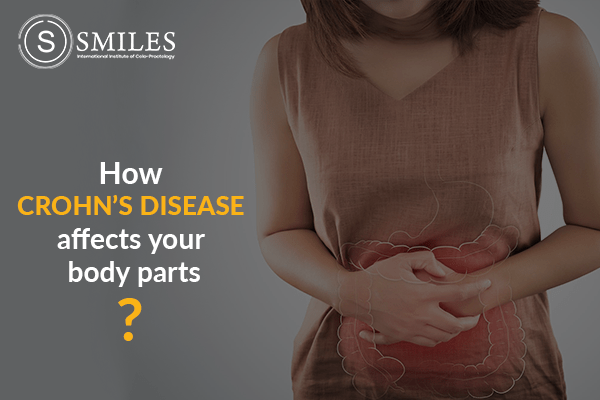 You might have heard of Crohn’s disease, but we are sure you are not familiar with what it is exactly and how it affects us. Crohn’s disease is a type of Inflammatory Bowel Disease (IBD) that causes inflammation of your digestive tract which can lead to abdominal pain, severe diarrhea, anemia, fatigue, and weight loss.

Some people may be symptom-free for most of their lives while others can have severe Crohn’s symptoms that never go away and cause life-threatening complications.

The exact cause of Crohn’s  is unknown. But you may get Crohns when your body’s immune system has an abnormal inflammation response to normal bacteria in your intestines, says the experts of gastroenterology at SMILES.

Crohn’s disease can affect other parts of your digestive tract but the ileum, the lower part of the small intestine is most commonly affected.

The inflammation caused by Crohns disease can spread to different parts of the body in different people. As explained by Dr. Prasad, the best gastroenterologist, here are some of your body parts that Crohn’s  can affect.

People believe that it is the only small intestine that gets affected, but the specialists  of gastroenterology explain that the large intestine is also commonly affected in Crohn’s disease.

Crohn’s disease in the esophagus (part of the digestive tract that connects the mouth and the stomach) is very rare and estimated to affect about 1% of patients. The symptoms of Crohns in the esophagus can lead to the problem of trouble or painful swallowing and cause heartburn.

Jejunoileitis is a form of crohns which causes inflammation in the middle part of your small intestine (jejunum) and gastroduodenal Crohn’s disease is a form of Crohn’s which affects the esophagus, stomach, and duodenum(the first part of the small intestine).

Although the location of inflammation is intestinal tract people with Ulcerative colitis and Crohn’s disease tend to have mouth ulcers known as canker sores. These ulcers develop around the base of your gums and they vary from other mouth lesions such as herpes, which appears on the lips.

You may also experience various other problems in the mouth such as inflammation inside the mouth or on the tongue. Sometimes malnutrition and medications to treat Crohn’s disease interfere with mouth bacteria and then cause mouth ulcers.

Having Crohn’s disease that causes inflammation to your colon increases your risk of colon cancer. Hence it is important to treat the disease right away. Do not ignore if your symptoms of Crohn’s are persistent or getting worse, consult the best gastroenterologist in Bangalore to manage your disease.