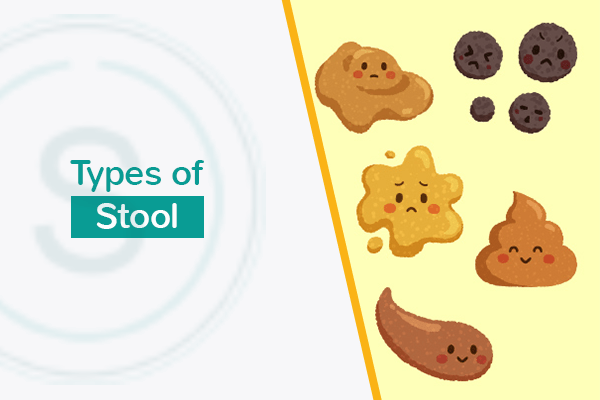 Do you know the color and consistency of your stools says a lot about your gastrointestinal and digestive health? Sometimes changes in poop can indicate serious health conditions.

We all poop. But, what exactly do you know about it?

Let the experts of gastroenterology at SMILES help you understand more about different types of poops, including colors and shapes.

Poop, also known as feces is a normal part of the digestive process. Feces consists of waste matter (solid or semisolid) remaining after a food has been digested. It includes undigested food, bacteria, salts, and other substances that are produced and released by the intestines.

Since bowel movements or pooping happens at the end of the digestive process, they are the best indicators of whether or not the digestive system is healthy. However, there is a lot to know when it comes to colors, shapes, and types of stools and no one is perfect all the time.

What does the color of stool mean?

Generally, stool color is influenced by the foods and nutrients that are recently consumed as well as by the amount of bile. Sometimes, stool color may also signify a problem in the digestive tract and the intestinal condition. Here is more about stool colors and what they mean.

Black stool is usually a worrisome symptom that indicates an excess of blood present in the poop. This may be due to the bleeding in the upper gastrointestinal tract including the esophagus and stomach. The red blood cells that are broken down by digestive enzymes in the intestines cause black poops.

Having green poop is more common than you think. Green stool is usually a result of a high amount of leafy green vegetables in your diet as well as bile pigment(which is naturally green). If food moves too quickly through intestines, bile pigment can’t break down sufficiently to complete the process of turning brown (normal).

The white stool is not a normal condition and should be evaluated immediately by the gastrointestinal doctor. The white or clay-like stool is caused by the lack of bile, which occurs due to bile duct obstruction, gallstones or liver problems. Certain antidiarrheal drugs can also cause white stools.

Poop color can be yellow due to the fat not being absorbed from the poop. Fat absorption can be interrupted by various sources such as a parasite, illness-causing inflammation in the pancreas. Gallstones reduce the amount of bile that reaches the intestines not only causes pain, but it can also turn your stool yellow.

Bright red stools are often due to the bleeding in the lower intestinal tract(large intestine and rectum) and hemorrhoids. The quicker the stool moves through the GI tract, the brighter red the color. SMILES here provides you a deep understanding of blood in stool – and check it if requires emergency medical treatment.

What are the different types of poop?

It can be hard to describe your stools, so doctors use a Bristol stool Scale to describe different the shape and types of stools (feces). Bristol stool scale also referred to as theBristol stool chart is a diagnostic medical tool designed to classify the form of human feces into seven types.

Hard lumps have spent in the large intestine and colon for an extended period of time, and so this kind of stools are painful to pass. If you have stools like this, you are probably constipated.

Lumpy stools can also be a sign of constipation. This type of stools occur when the poop spent too much time drying in the intestines, but it has not dried enough to break into small pieces.

Stools that are even and round sausage shape but have cracks on the surface can be typically due to poor diet and a sedentary lifestyle. This kind of poop most often seen in organic constipation, stool requires strain to pass but not painful.

Sausage or snake-shaped poop about a diameter of banana is a healthy poop. Optimal healthy poop will remain intact as it is flushed indicating that the poop had a sufficient amount of water and nutrients inside when passed.

When stool passes in the form of soft blobs, it is slightly a loose control. This type of poop can be a sign of mild diarrhea and is common for individuals who have bowel movements two to three times a day.

Mushy stools with fluffy pieces that run together into a pudding-shaped stool is an early stage of diarrhea. It is often hard to control the urge for a bowel movement. This form of poop passes through the colon quickly due to stress or a change in diet.

You might be uncomfortable or embarrassed to talk about bowel movements, but it is important to contact the best gastroenterologist if you suspect a problem with your bowel movements.

Consult Dr. Parameshwara CM, one of the top gastroenterologists in Bangalore to determine if there is a problem in your feces and to avoid further complications.