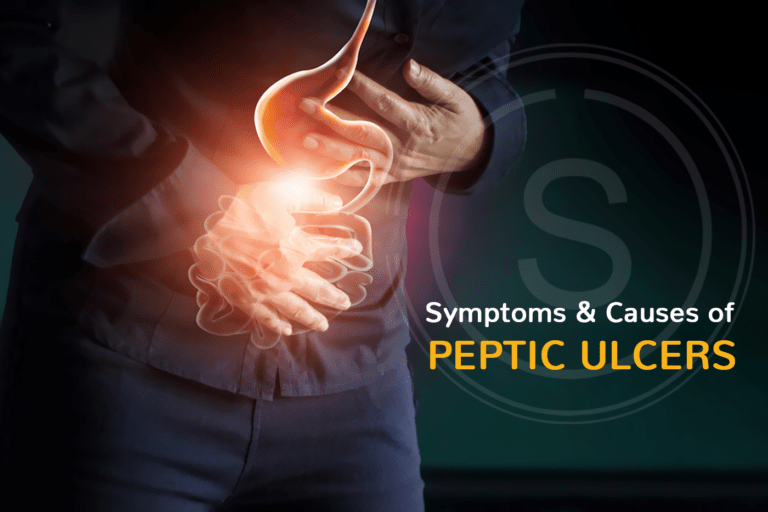 Globally, it is estimated that every one in ten individuals develops peptic ulcers at least once in their lifetime.

People of any age even kids can be affected by peptic ulcers. Understand more about ulcers and how they affect your overall health.

Peptic ulcers also termed as stomach ulcers are sores in the lining of the stomach or duodenum (the upper part of the small intestine). When an ulcer affects the stomach, it is called gastric ulcer, and that affects duodenum is called a duodenal ulcer.

Rarely, a peptic ulcer may develop right above the stomach, inside the esophagus, called an esophageal ulcer.

The most common causes of stomach or peptic ulcers include:

The most common symptom of stomach ulcer is a burning sensation or pain in the upper abdomen.

Other common stomach ulcer symptoms include:

If you are suffering from peptic ulcers then immediately consult our top gastroenterologists experts in Bangalore for better treatment of peptic ulcers (stomach ulcers).