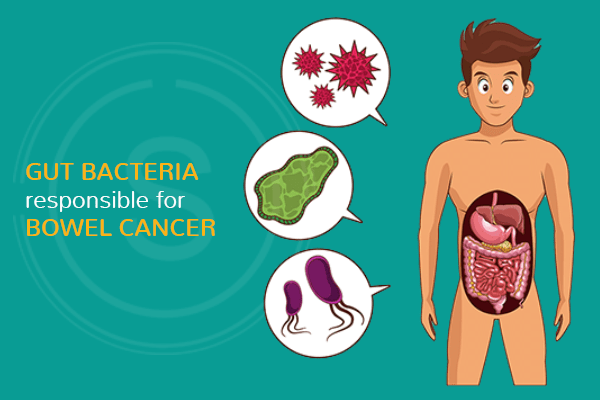 Bacteria in the gut might influence the chance of developing bowel cancer, suggests the latest research on human health to the microbes within. SMILES Institute of Gastroenterology, Bangalore assists you to understand the link between gut bacteria & bowel cancer.

The gut microbiome is a collection of fungi, bacteria, & viruses within our gut. There is increasing evidence that certain microbial makeups could be linked to conditions ranging from anxiety to obesity.

Now, using a technique called Mendelian randomization to explore the causal role of the gut microbiome plays in the development of bowel cancer, we found that the presence of a certain type of bacteria called Bacteroidales increased the risk of bowel cancer by between 2-15%, said, Dr. Kaitlin Wade from the University of Bristol (UK).

This means people with this type of bacteria within their guts may have a greater risk of colon cancer or bowel cancer compared with those who don’t. The gut bacteria is a focus of medical research, with evidence coming that trillions of bacteria in the gut microbiome significantly impact human health.

More about the gut microbiome

The gut microbiome refers to the group of microbes that naturally occur in the body, which play a prominent role in the body’s susceptible to disease. The bacteria within the gut maintain gastrointestinal health by aiding digestion and protecting against infections.

The gut microbiome differs between individuals depending on their genetic makeup. It stays relatively unchanged throughout their lifetime unless it is affected by illness, antibiotics, and dietary changes explain, the experts of colorectal diseases.

In Mendelian Randomization, researchers use people’s natural and randomly inherited genetic variation that alters bacteria levels within the gut microbiome (to check whether people are with different genetic makeup). Thus, different gut microbiome profiles, have a different risk of colon cancers says – Wade.

Researchers don’t have to edit anyone’s gut microbiome directly by giving antibiotics or probiotics in a randomized trial to see whether people get colorectal cancer.

For the study, the researches used data from 3,890 people taking part in the Flemish Gut Flora Project, the German Food Chain plus study and the PopGen study, and 120,328 people at International Genetics and Epidemiology of Colorectal cancer consortium.

Studies, known as genome-wide association studies (GWAS) search for small genomic variations that occur in people with a particular disease than in people who do not have the disease.

They found that genetic variation in certain parts of the genome was associated with variation in 13 types of gut bacteria. Also, people with a certain type of Bacteroidales had a higher risk of colorectal cancer or bowel cancer compared with people without these bacteria.

While scientists have found lots of associations between gut bacteria phenomena and various diseases, however, proving a direct connection has been more difficult. This may also make it more complicated to determine whether attempting to alter gut bacteria could reduce the risk of bowel cancer.

We need to classify the exact species of bacteria in the Bacteroidales bacteria group, and we need to work to understand how and why human genetic variation can alter the gut microbiome – says Wade.

Even if these show that gut bacteria can cause bowel cancer, it is difficult to find out whether the disease itself can cause variation in the gut microbiome. Or whether the association is due to unforeseen effects on other aspects of health, Wade concluded.

Need more information about the role of the gut microbiome in colorectal cancer? Approach us at SMILES.