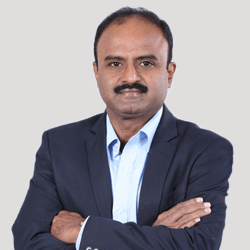 About 50% of the population in India suffer from one of the colorectal problems at least once in their lifetime. Globally, colon cancers are slowly increasing and according to American Society of Colon and Rectal Surgeons, there will be 30% increase in colon cancer in 30 years age group. In the same way the lifestyle digestive diseases are progressing in India.

Whenever patients have these problem, somehow in India there is social stigma and taboo attached to this problem. Hence, people feel shy and they have some kind of fear in seeking medical help. In India every person who suffers from this problem, suffers in silence for about 9 years before they seek medical help.

To seek medical help they won’t go to a proper medical practitioners. We have about 1.5 millions quacks in this country with different names practicing across the nation. People go to quacks and they make patient’s life miserable.

Another issue is none of the National Health programs in the country have addressed colorectal problem so far. We have been discussing with policy makers in the country, with Niti Ayog (Ministry of Health) to include this as one of the national programs in the nation so that we can prevent majority of the colon rectal problems and promote well being in the rural masses and Indian population. This can also be one of the major program under Ayushman Bharat.

The journey started in the year 2011 when one of my surgeon friend being from the prestigious medical college suffering from losing control over the stools, we thought to start colorectal practice and we started first work in Mandya in the year 2011. So after that in 2014 we made it colorectal specialty ‘SMILES’. SMILES is silicon valley minimally invasive laser and endoscopic surgeries. After 2014 we did the first pilot in Mandya for five years. We worked in five districts in old Mysore region, we covered about 26 lakh families in association with Indian School of Business…

In 2017, we incorporated and started ‘smiles international‘ instead of colorectology. Right now we have about 3 centers in Karnataka and so far we have operated about 18,000 procedures, we have seen about 6 lakh OPDs and impacted 26 lakh families.

Health care is moving towards the focus factory approach. The focus is, we do same work or little work again and again and we become excellent in that. We are a process driven organization, we are protocol driven organization, we have the most advanced diagnostics and procedures in the country. We are the first people to introduce fourth generation laser machines to treat colorectal problems.

We have treatments for different kinds of colorectal problems. Generally, when we go for conventional surgeries, we have seen patients suffering for about a month or beyond a month in some cases. So there is loss of labor, and there is a huge economic and social impact on the family. The latest advanced procedure like lasers (Digi HAL-RAR), it’s a decade old procedure and absolutely painless. Majority of the people get back to work in 48 hours where the suffering is reduced to about 4 weeks.

We need to touch every life in this country. About 78% of the colon cancer are diagnosed at late stage. Simply because people with simple bleed neglect or ignore as simple piles problem, they land up with quacks and with different kind of practitioners who did not diagnose colon cancer in the early stage.

Our main aim is to bring awareness about colon cancer and colorectal problems. Make sure people suffering from colon cancer are diagnosed early and early intimation is done. Colon cancer is the only cancer which can be treated completely if diagnosed in the early stage and it can be prevented with different lifestyle modification. So we want to do intervention at the school level, intervention at the workspace level by involving the Government of India, make it as national program and take it to every doorstep in this country.

As an institute, we want to start centers across the nation and make sure that colorectal care is affordable, accessible and advanced to every family in this country. We want to train colorectal surgeons and nurses in this country for preventive, promotive and curative care.