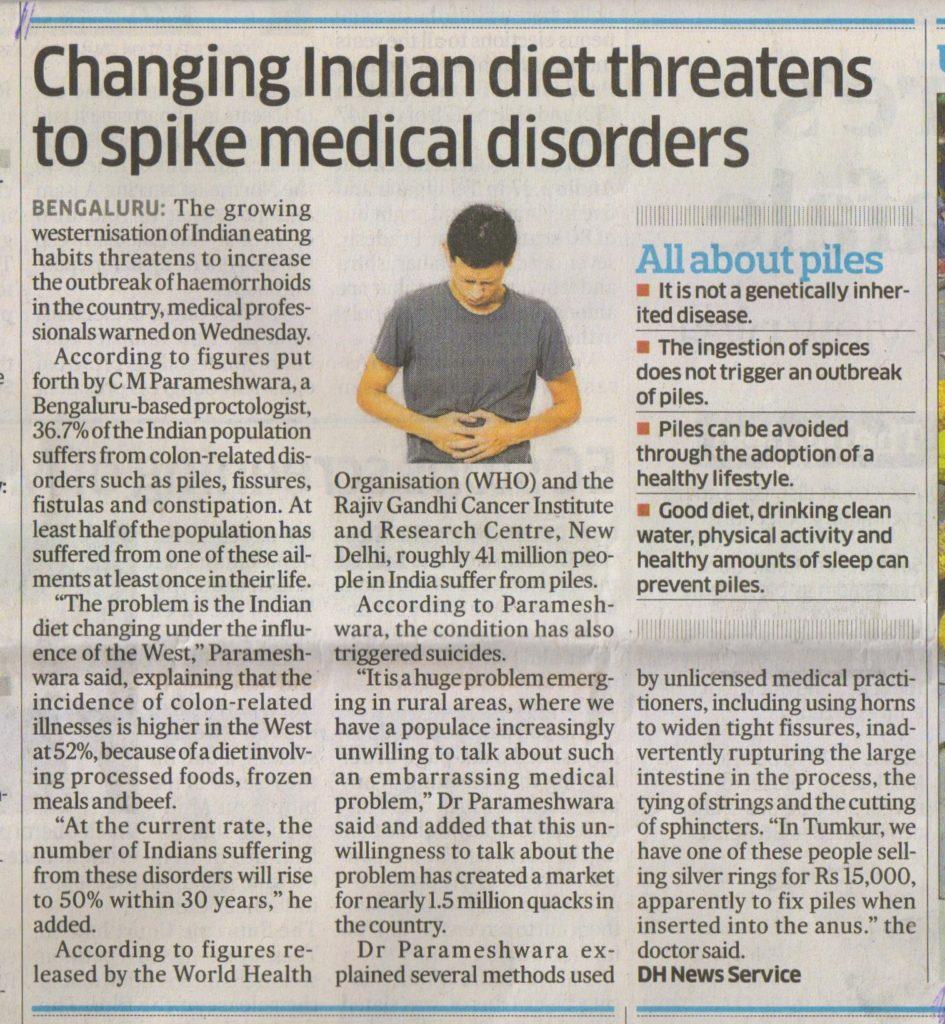 The growing westernization of Indian eating habits threatens to increase the outbreak of hemorrhoids in the country according to medical professionals.

According to figures put forth by Dr. C M Parameshwara, best proctologist in Bangalore, 36.7% of the Indian population suffers from colon-related disorders such as piles, fissures, fistulas and constipation. At least half of the population has suffered from one of these ailments at least once in their life.

“The problem is the Indian diet changing under the influence of the West,” Parameshwara said, explaining that the incidence of colon-related illnesses is higher in the West at 52%, because of a diet involving processed foods, frozen meals and beef.

“At the current rate, the number of Indians suffering from these disorders will rise to 50% within 30 years,” he added.

At least half of the population has suffered from one of the colo-rectal treatment at least once in their life.

According to figures released by the World Health Organisation (WHO) and the Rajiv Gandhi Cancer Institute and Research Centre, New Delhi, roughly 41 million people in India suffer from piles.

According to our chief, the condition has also triggered suicides. “It is a huge problem emerging in rural areas, where we have a populace increasingly unwilling to talk about such an embarrassing medical problem,” Dr Parameshwara said and added that this unwillingness to talk about the problem has created a market for nearly 1.5 million quacks in the country.

He also explained several methods used by unlicensed medical practitioners, including using horns to widen tight fissures, inadvertently rupturing the large intestine in the process, the tying of strings and the cutting of sphincters. In Tumkur, we have one of these people selling silver rings for Rs 15,000, apparently to fix piles when inserted into the anus.” the doctor said.