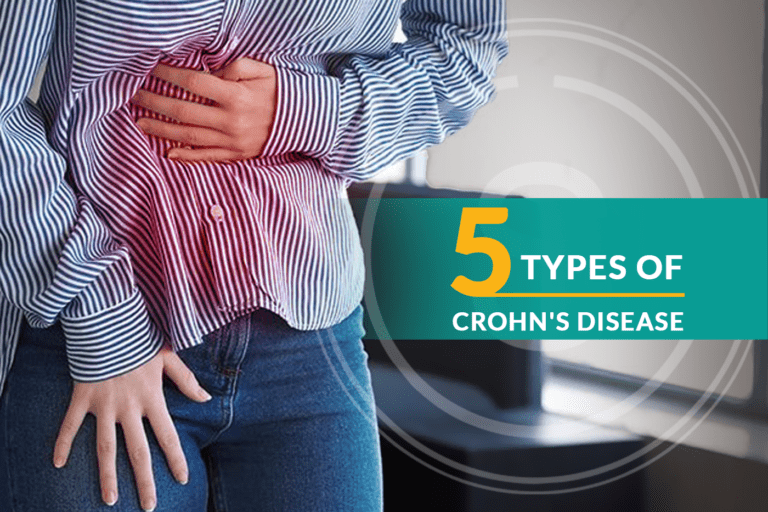 Are you suffering from Crohn’s disease?

It can be very discomforting and disappointing. But, it is important to understand the types of Crohn’s disease to manage your symptoms – says Dr Parameshwara C M one of the best gastroenterologists at SMILES.

What is Crohn’s disease?

Know more about types of Crohn’s disease, their symptoms and how they affect specific parts of the digestive tract or gastrointestinal (GI) tract.

The experts of gastroenterology at SMILES outlines five main types of Crohn’s disease and their accompanying symptoms.

Ileocolitis is one of the most common forms of Crohn’s disease. This causes inflammation and irritation at the end of the small intestine (ileum) and the large intestine (colon). About 50% of people with Crohn’s disease are diagnosed with Ileocolitis.

People with Ileocolitis may experience the symptoms include:

But, people with Crohn’s ileitis may develop gastrointestinal fistulas and an inflammatory abscess that is caused by a wide variety of infectious diseases.

Jejunoileitis causes patches of inflammation in the jejunum, the upper part of the small intestine. This form of Crohn’s disease is more commonly diagnosed in children than adults. Jejunoileitis is also a part of a group of a condition known as Inflammatory Bowel Disease(IBD).

Symptoms of Jejunoileitis may include:

People with Gastroduodenal Crohn’s may experience symptoms that include:

Remember, Crohn’s is not an illness that goes away in a single day or overnight. But, by taking proper care of inflammation you can minimize the progressive damage that can accumulate over a lifetime.

Consult our best gastroenterologist in Bangalore immediately to get treatment for your crohn’s disease.